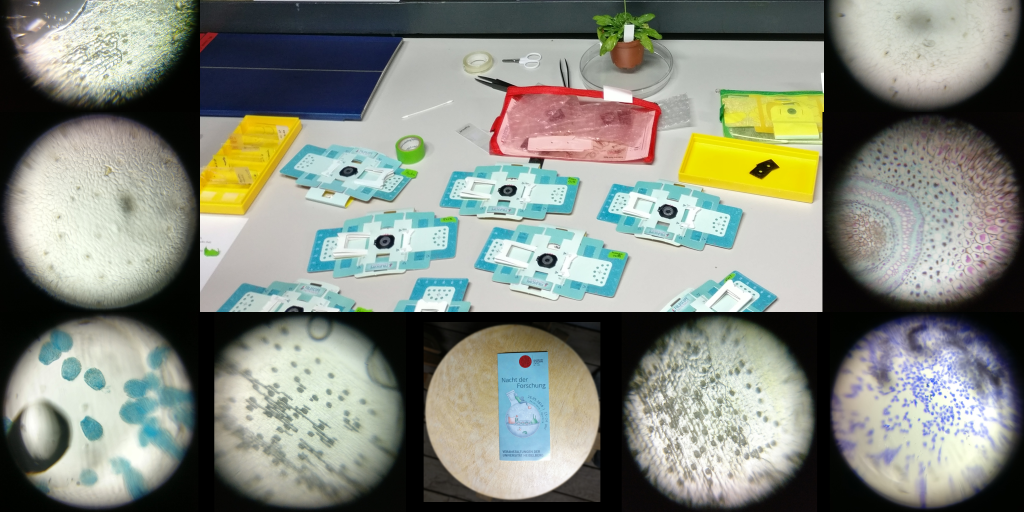 I took part in the 2018 edition of the European Researcher’s Night, an outreach event happening every year all over Europe at the end of September, and funded by the Marie Curie Actions. I joined some of my colleagues from my research institute, the Centre for Organismal Studies (COS), to animate an activity around microscopy and the observation of the microscopic world, using microscopes and Foldscopes. This outreach activity was the occasion for me to share my interest in microscopy. 🔬

Outreach is part of my job as a researcher. Funding that supports research projects is mainly, if not entirely, coming from public money, in other words the taxes that each of us pay. Hence, I think it is a duty to communicate about how we, researchers, use this money. I also think that it is a duty to share our knowledge and raise the interest of the public for science. I personally enjoy a lot outreach, and see it as a chance to take a step back on my research subject. I try to get involved in outreach activities at least once a year.

A great outreach experience at the European researcher’s night 2018

I participated in an event organised by Dr. Michael Raissig during the European Researcher’s Night at the botanical garden in Heidelberg. The event was called “Nature magnified – on your smartphone”. There was four “Foldscope stations”, where people could look at microscopy slides using a Foldscope, and two other stations, where people could have a look at living aquatic animals (hydra and the sea anemone aptaisia), that are studied at our research institute, with the microscopes that we use for our research.
I joined this event to share my interest about microscopy and the observation of the microscopic world with the public, as well as to try Foldscopes. I helped preparing the room the day before, and I animated alone one of the Foldscope stations during two hours on the day of the event. I had at my disposal ten Foldscopes and a dozen of microscopy slides with samples of plants and animals prepared by Dr. Michael Raissig, Dr. Sergio Acebrón and some of my colleagues at the Centre for Organismal Studies (COS), as well as one commercial slide. I enjoyed a lot participating to this event. A lot of people of all ages came to try the Foldscopes and look at the different microscopy slides. I was happy to see that, whether one is researcher or not, we all have the same impatience to discover what is on a microscopy slide, and the same satisfaction when we manage to centre the sample and focus on it. I was also amazed by the robustness of the Foldscopes to so much manipulations and by their simplicity of use. 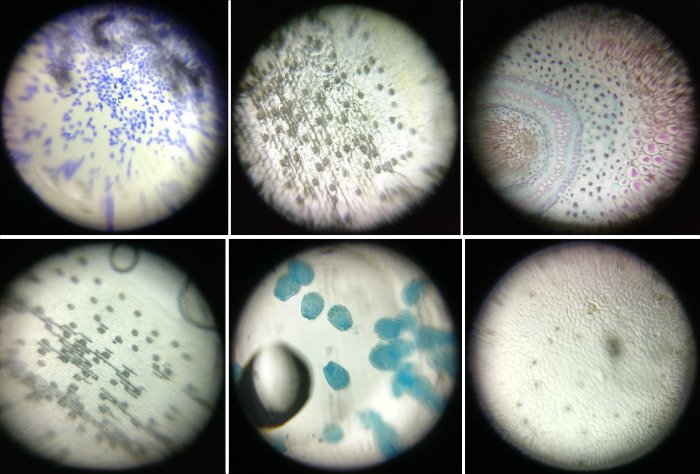 I would like to document below some elements of the preparation of this event and gather some of my thoughts to help others, as well as me, to re-do it another year. most of the comments below apply to outreach activity with any type of microscopes. However, the main advantages of Foldscopes over other types of microscopes are their low cost and their robustness. It is hence possible to have a large number of them for an outreach event, without the fear of breaking one, and to offer the possibility to all the visitors to observe the microscopic world. Along with the Foldscopes, we also had the chance to have a few “real” microscopes, which offers the possibility to show even more things to the public and notably living animals, like the hydra. 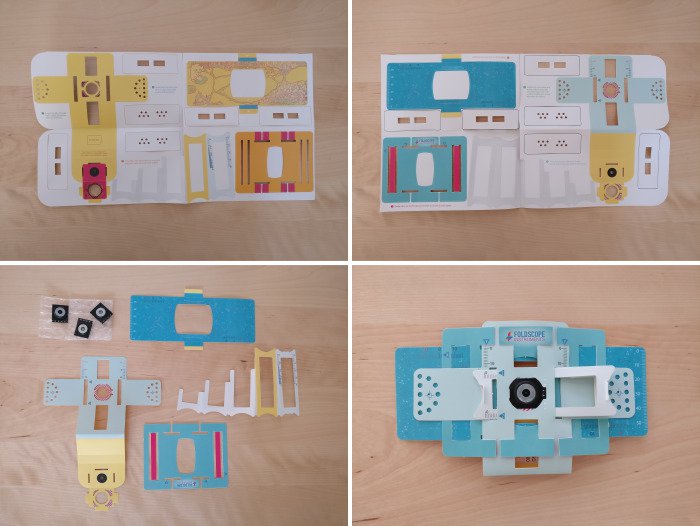 One day before the event

Figure 3: Getting ready for the event.

On the day of the event

It was a great night with microscopes and cocktails in the botanic garden. Good attendance and a lot of fun. Thanks to @MichaelRaissig , Ulrike Engel, all the students, and the workers of the botanic. @Science_NightHD #microCOSmos pic.twitter.com/mFnRfc2UYv

About this outreach event:
https://en.nacht-der-forschung-heidelberg.de/event/natur-sichtbar-gemacht-auf-deinem-smartphone/

About the European researcher’s night in general:
https://ec.europa.eu/research/mariecurieactions/actions/european-researchers-night_en

I would like to thank Dr. Michael Raissig for taking charge of the organization of the event in coordination with the botanical garden, Dr. Heike Lindner for the preparation of this event, in particular for folding all the Foldscopes and her help for the installation of the room, Dr. Ulrike Engel, from the Nikon imaging centre, for bringing some “real” microscopes and animating one stand on hydra, the members from the lab of Dr. Annika Guse for the animation of the other microscopy stand on aptaisia and the preparation of microscopy slides, and also Dr. Sergio Acebrón and his group, and all the COS members involved in the preparation and animation of the event, as well as the botanical garden of Heidelberg for hosting us. I would also like to thank Dr. Sébastien Rochette (StatnMap; R, models and spatial things) for the pictures of the microscopy slides with a smartphone and the help with inserting the tweets in this article.

For attribution, please cite this work as:
Louveaux M. (2018, Oct. 03). "Raising public interest in the microscopic world". Retrieved from https://marionlouveaux.fr/blog/raising-interest-in-the-microscopic-world/.